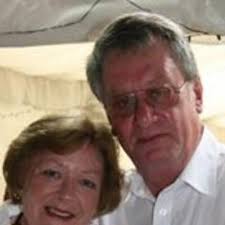 Hello there everyone. Welcome to our new year for Wellington Central Grey Power.

This year the new Government has addressed the issue of access to cannabis for the chronically ill. There is good evidence however to show that, properly administered, it is an effective sedative and pain inhibitor without many of the nasty side effects of conventional medications.

On that basis the Grey Power Federation Board established a policy, in November 2016, to support open access to cannabis-based pharmaceuticals on prescription from a GP but not to support home grown cannabis for self-medication.

As it turned out the Government Bill to be considered, is far too restrictive and does not go anywhere near far enough. The Government Bill would provide a defence against criminal prosecution for terminally ill people, within a year of dying, using cannabis. It would still be an offence to grow and supply cannabis. That is clearly a nonsense as there are many people with chronic, debilitating pain who would benefit from having access to cannabisbased medicines. Grey Power intends to continue to advocate on this throughout 2018.

The other news has been my decision enter the race for the national Presidency of Grey Power New Zealand. I believe I would bring to the role a set of skills based around my past that would serve Grey Power in the future